Cody has 2 bikes. He rides a BMW F800GS named Lightning when he is out traveling, camping and on an adventure. When not traveling all over the midwest, Cody enjoys long rides over rough terrain in the style called Hard Enduro where pivot turns and rock climbs are some of the techniques he uses. He takes his second bike, a KTM 2-stroke on some rough trails during the Hard Enduro rides. One such recurring rough trail in particular called the Punisher, has seen Cody test his skills and push his limits. Cody also runs a YouTube channel called “2 Wheels and a Tent“ which centers around traveling and camping on his motorcycle. He even has his own custom named coffee “2 Wheels and a Tent – Living the Dream Blend” available from Highway 40 roasting company. His love for coffee on his travels helped him develop this relationship with Highway 40. 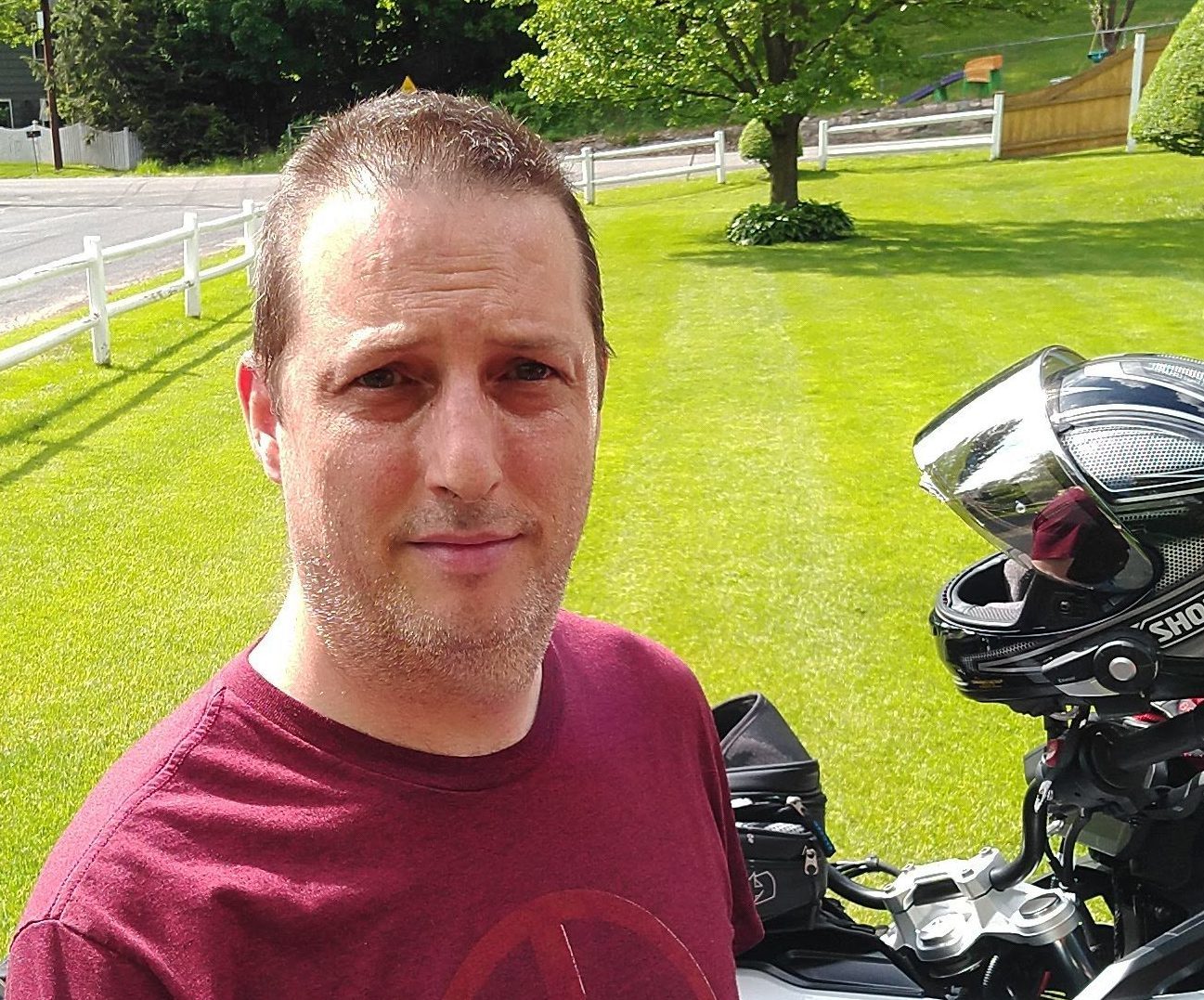 Chappy has 3 bikes. His main ride is a 2021 BMW F850GS that he enjoys riding 2-up with his wife. Chappy and his wife have also been on a few multi day trips over the last season and is the primary reason he chose this bike. Chappy also has a 1988 KX250 that he rides at a local practice track and races in Vintage motocross at a nearby old school track a few times per year with a few friends. Lastly his 3rd bike is a new 2020 CRF250L that he has explored all kinds of back roads, state forests and some trails in his journeys so far! A genuine love of motorcycles drives him to get out and explore new roads and terrain. He also has 5 grandchildren that he is hoping to share his love for the sport with. Chappy also posts videos on YouTube on his channel ” Ride On Two” which has taken a back seat this past riding season due to work schedules.